The Future of UK Politics 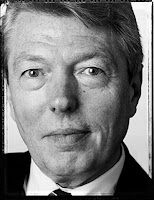 Politics The LidDems should not coalition with the Tories as the Tories won't seriously offer them any real chance of PR (it would be electoral suicide for them to do so). Instead the Libdems will agree to back them over the Queens speech and budget to allow the Tories to govern. This will allow the LibDems to remain untainted by the savage cuts the Tories will make. Meanwhile Labour under Alan Johnson will be revitalised and discover their radical sense of purpose. After a couple of years of Tory cuts as a minority Government the Tory government will fall allowing the emergence of a centre left coalition who will introduce PR resulting in the Conservatives being denied forever the chance to govern the country again.

Update** A week Tory government relying on the LibDems to keep it in power is by far the best outcome we could have realistically hoped for but Clegg has made a mistake entering a formal coalition and accepting cabinet posts as the LibDems will now be tarred with association with the cuts that are coming so will probably get annihilated at the next general election that won't be far away.
Posted by Dan Westlake at 16:54 No comments: